“Sorry!” My oldest called out as she sent her Daddy’s peg flying off the game-board. 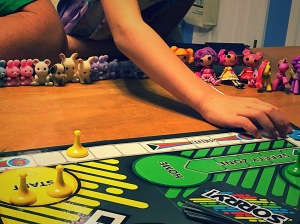 My little one lined up a teeny tiny animal audience as they argued. The table melted down into assigning blame, hurt feelings, and an unfinished game. It’s impossible to declare the winner of a game with no rules, and I was not going to take sides…

Life’s a lot more complicated than the game of “Sorry.” It’s easy to forgive someone for knocking your game peg off the board, but not so easy to swim through the hurt of being bumped. There are times I feel unqualified to wipe away my daughters’ tears as I choke back my own. Praying for the right way to raise them, I discovered two words to help me piece together a plan.

Though they appear synonymous, “favor” and “favoritism” communicate opposite messages in fostering a healthy community. These three steps will help you land on the right side of the coin.

“Favoritism: the practice of giving unfair preferential treatment to one person or group at the expense of another.” Google.com

Life can be a lot about choosing sides and shifting circles, causing hurt feelings to be hidden in fear of being cut out. But it’s important to put a voice to hurt in a non-accusatory or defensively dramatic fashion. I try to guide my daughters (and repeat to myself) to talk directly to the one who hurt them, not around them in circles. For example:

“When you said that, it hurt my feelings.”

When we align with the audience of favoritism, we fail to notice God’s favor; when true hurts of the heart are spoken out loud, we allow God’s favor to defend us.

“He whose walk is blameless and who does what is righteous, who speaks the truth from his heart…he who does these things will never be shaken.” Psalms 15:2,5

How is one to know they’ve hurt me if they have no idea they’ve wounded me? God doesn’t care about the clamor to click and the clack to belong. Speaking up when my feelings are hurt without putting my foot in my mouth is an impossibly difficult task, but it’s more conducive to community than seething to attain sympathy out of thin air.

“We hide pain in the weirdest places…broken souls with smiling faces…Just look around and you see that people …are scared to say how they really feel …we all need …a little honesty.” ‘You are Loved,’ by Stars Go Dim.

“Favor: an attitude of approval or liking…an act of kindness beyond what is due or usual.” Google.com

Forgiveness is an important extension of the grace Jesus died to give us. It is something a human to human relationship is not 100% capable of without His presence. We consult our circle, but Christ didn’t have a clique. (Luke 4:19) 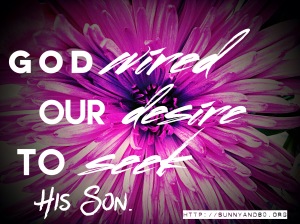 Cliques offer protection, status, guaranteed friendship, trust, and acceptance. Though we look to each other for these things, only Christ is capable of fulfilling a lifetime of love and belonging. God wired our desire to seek His Son.

“I now realize how true it is that God does not show favoritism but accepts men from every nation who fear him and do what is right.” Acts 10:34-35

Christ loves beyond faults, and gifts grace without regard to requirement. Extend grace.

The puzzling and powerless feeling of injustice is agonizing, but I survive by crying out to God. The ugly cry. The uncontrollable, shoulders shaking in sobs and nose running down my face …desperate to understand “why?” cry.

Sometimes, life hurts more than we can comprehend because we’re not built to lean on other people …we’re meant to lean on God. He will fight our battles for us if we will faithfully hand them over.

Before I drop them off at school, in sibling mediation, at bedtime …I’m constantly trumping my daughters’ excuses with my favorite soapbox.

It’s hard to be kind in the face of calamity when I have a ferociously strong feeling about what is fair. But I believe God. Speaking the truth of our hearts, and forgiving without requiring apology …that’s our part. The rest is His area of expertise.

“There were three options for citizens under Roman rule: sell out, get out, or fight back… Jesus introduced a fourth option: serve…” Lucado Life Lessons Study Bible (James 2:1-26 commentary)

I pray to mimic Jesus’ justice and fake it till I make it all the way into His arms; letting Him fill the gap of what I cannot accomplish alone, and fight what I was never equipped to battle.

Life is too risky to run without rules, yelling “sorry!” over shoulders when feelings flip and hearts are hurt. Reactions CAN land on the right side of the coin by determining which audience is driving our decisions. The audience of favoritism caters to cliques; the audience of God’s favor fosters community.

20 Comments on “The Audience”