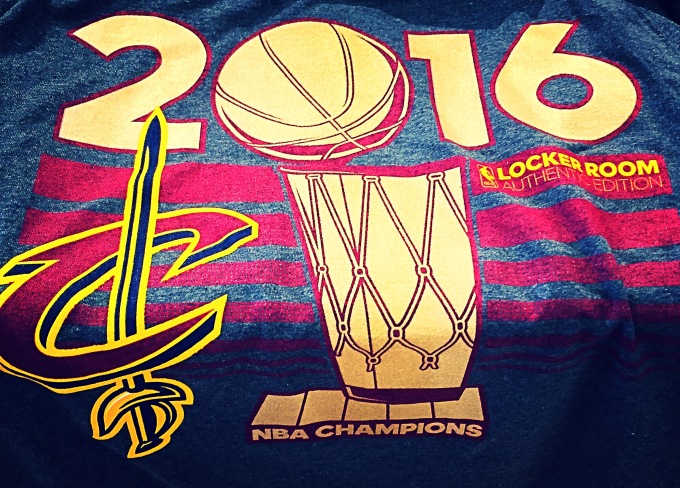 Witness is woven into everyone’s life, but not all have a natural appreciation for their “place.” Clevelanders have taking a beating for decades. For the state of their city and “the curse” on their teams. I am them.

and I just kept that same positive attitude…

Instead of saying ‘why me…’

saying ‘this is what He wants me to do.”

This generation of Cavaliers basketball players capped off a legacy that began long before they started playing in the big leagues.  My feet froze watching Elway crush our football team. I watched the old stadium fall. I wondered if a lost $100 bill had fallen from a very tall pocket grabbing a bite at Whitey’s after a game at the Richfield Coliseum. I walked to “The Jake” after work many summer nights in run of the late 90’s. 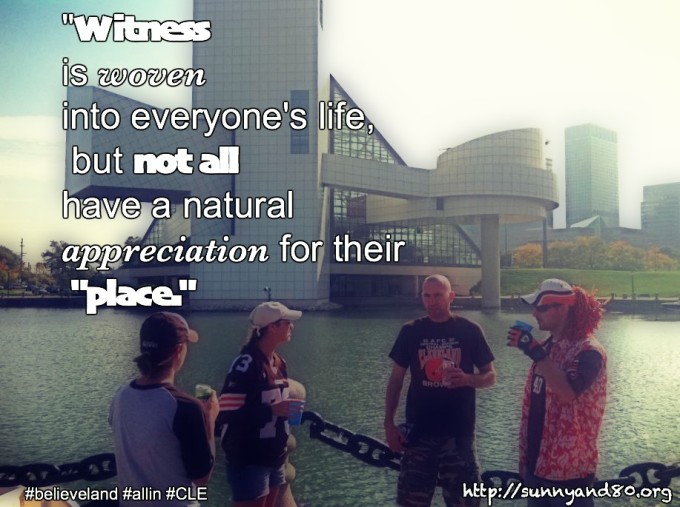 My most cherished sports memory isn’t the Brown’s rookie graveyard I put up in my front yard on Halloween. It’s not training camp in Berea every year, where the hope of every Browns fan is at it’s most realistic peek. Not the sense of a piece of home seeing people you knew “back then” in the same tailgate spot. Not post game victory walks or seeing concerts at my favorite fields. Not even a long awaited raise of a shiny gold trophy.

And his little-kid face…

…at the local restaurant in the burb we grew up in, taking off his unbent hat to have a couple CAVS write a little history into his heart. He’s the biggest Cleveland fan I know.

The energy. The camaraderie. The land.

When the homesick tendencies of dorm life set in, I clung to the conversations over commonalities. Fellow fans felt like family, and I began to realize that “home” wasn’t just teenage angst waiting to bust out and get out. “Home” was layered into my heart.  No matter where I reside, my heart beats to “Cleveland Rocks.”

The life of a Clevelander is built into the layers of adversity. As the seasons change, jobs get lost, the Browns get worse, and the trophy eludes …we remain. We hold on to hope. We welcome you home. We believe. 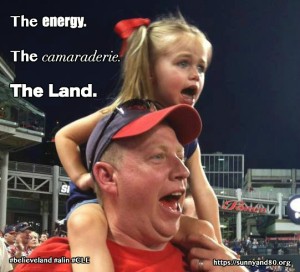 “No temptation has overtaken you except what is common to mankind. And God is faithful; he will not let you be tempted beyond what you can bear. But when you are tempted, he will also provide a way out so that you can endure it.” 1 Corinthians 10:13

We’re all tempted to throw in the towel. When the environment that surrounds starts to crumble in around us, the tempting tendency is to run …quit …move. Tenacity is woven into tough spots. Stuttering human stamina indicates opportunity for God to move. Will we follow fight or flight, or sit and stay to see why?

Paul is comforting us in that we’re all tempted. Christ was tempted. To sin. To quit. To run. To move. It’s not in the want to waver that we fail, but in the actual running and moving. In the stillness of our hearts, we choose whether to soldier on …to trust Him at His word …to wait on why.

Witness is woven into every life. LeBron, and his faith that God won’t test him beyond what he can handle, represented an entire city that shares that mentality. Can’t give up. Won’t give up. We will stay and wait. 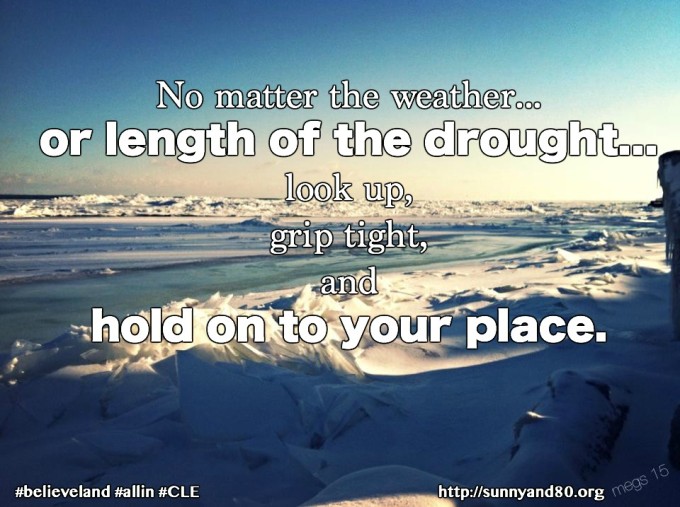 I didn’t watch any games this year. Not until there were 10.6 seconds remaining. Bracing for the heartache of a city and another reel tacked on the highlights of our almost accomplishments. Fearing the faltering crack of one team under so much pressure. But, in my Northeast Ohio heart, I believed it could happen. Against all odds. That’s CLE life. 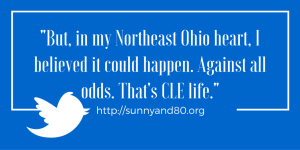 We believe in each other. Because, under fire, sometimes that’s all we’ve got. Just to glance up, grab the hand beside us, and soldier on. Keep going …hoping …cheering …willing.

It’s just a game in a world filled with so much injustice, hurt, and tragedy. Just a trophy coming to reside in a city on a quest to come back.  But weaved into the win are streets full of people from all walks of life… in the city where someone always knows someone you know… embracing the victory of hope fulfilled …in a city that’s come back. 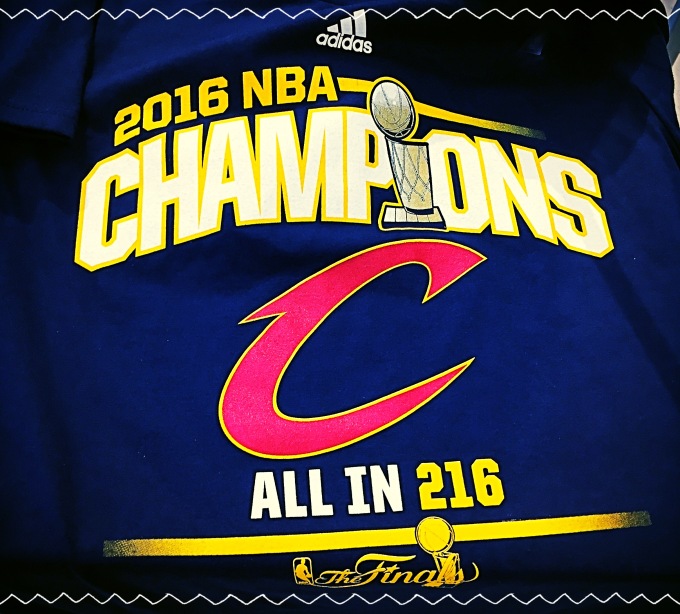 Thank you, Cleveland, for bringing out the best piece of humanity …love. For who we are, for our history, and for our “place.”